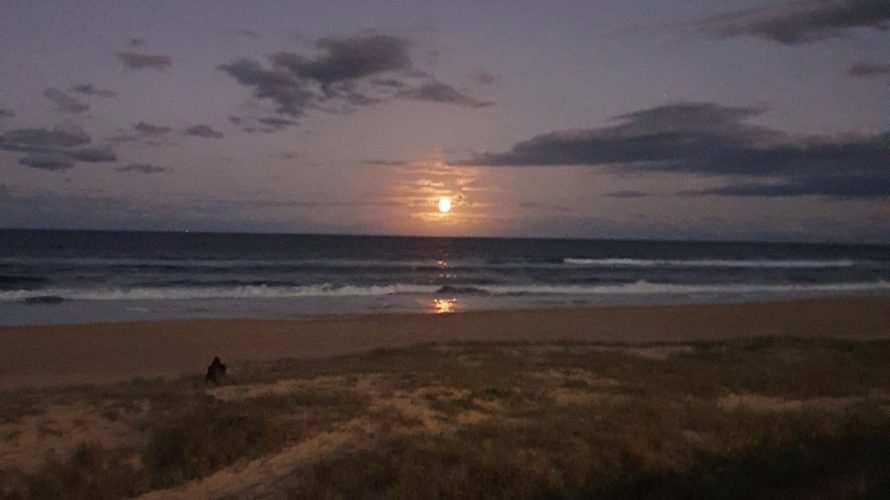 Look at the stars in the sky♪ Kyu Sakamoto
This song was released long before I was born, but I think everyone has heard it once.

The other day, it was a full moon, so I got a takeaway dinner and went to the beach to see the moonrise 🌛. In Japan, I didn’t look up at the night sky, but here it is different from Japan, there aren’t many buildings and lights, it’s quiet, and it’s a great place to enjoy nature.

Also here is the movie 👇 Sound of waves and strawberry moon 🌛

How many names does a full moon have?
Actually, at least 12. It seems that each month has a special name. In the first place, it is said that Native Americans named each full moon after animals, plants, and seasonal events to understand the season.

This month is Strawberry Moon 🍓. This is because North America will harvest wild strawberries in June. The second full moon in a month is called the blue moon, and the full moon when the earth is closest to the moon (within 360,000 km) is called the super moon. However, Super Moon is not an astronomical term, but an astrology term, so there is no clear definition.

By the way, the name of each month is 👇 by weathernews.jp